More than 5 million people in the US currently have Alzheimer’s Disease (AD), and the number is expected to increase to 16 million by 2050. The direct health care cost is over $200 billion per year and projected to reach $1.2 trillion by 2050. Recent clinical trials designed to treat AD at the mild-to-moderate phase have been largely unsuccessful. There is a growing consensus that treatment should target the disease in its early phases before irreversible brain damage occurs. Mild Cognitive Impairment (MCI) is a prodromal phase of AD at which patients experience cognitive decline but have not developed dementia. Treatment at the MCI phase could potentially delay the progression to AD or even prevent the patient from developing AD, and therefore has considerable interest in the current clinical trials. However, early detection of AD at the MCI phase has been a significant clinical challenge because of the heterogeneity of MCI patients. That is, the cognitive impairment of a patient may be caused by various underlying diseases not just AD. As a result, conventional cognitive assessment based on clinical criteria for diagnostics of MCI fall short in detecting “MCI due to AD”.

The objective of this project is to develop a new technology application that can assist clinicians with MCI diagnostics and prognostics using CLPAMD. With the help of the proposed technology, a clinician can conveniently and accurately estimate a patient’s probability of having “MCI due to AD” (diagnostics) and predict the probabilities of converting to AD by multiple future time points (prognostics), and continuously improve these estimates using newly available data at follow-ups. 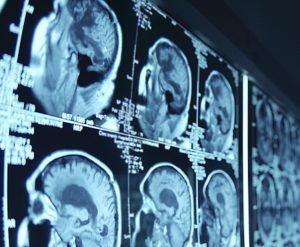